Laurence Graff net worth: Laurence Graff is an English jeweler who has a net worth of $4.8 billion. Laurence Graff is often referred to as "the new Harry Winston" by Jewelry business insiders. Graff has made a name for himself supplying unique jeweler and rare jewels to the affluent. This self-made tycoon was raised in London's gritty East End, and at the age of 14 he dropped out of school to become a jeweler's apprentice.

It was in 2008, when he bought a share in publicly traded diamond miner Gem Diamonds, achieving full vertical integration in the process. Over the years he has acquired more assets, among which are a polished diamond trading venture in Antwerp, real estate in London's tony Mayfair district, as well as a stake in a South African diamond wholesaler. As he specialized in the highest end of jewelry retailing, Laurence Graff has expanded his craft opening more than 20 stores worldwide, including outposts in Hong Kong, Hanghzhou, Macau, Gstaad and Dubai. Among his most notable clients are the Sultan and Queen of Brunei, Oprah Winfrey and Donald Trump. Apart from the above, he is also the owner of Delaire Graff Estate, a vineyard and winery with a boutique hotel and restaurant in Stellenbosch, the Napa Valley of South Africa, as well as an extensive modern and contemporary art collection. Graff spends most of his time in his homes in Gstaad, London, Cap Ferrat, New York City and his 150-foot Feadship yacht. As for his private life, he remains with his long-time wife Anne-Marie. With a fortune that has increased in the past year due to a strengthening market for high-end diamonds and expansion in Asia, Laurence Graff is one of the richest people in the United Kingdom. 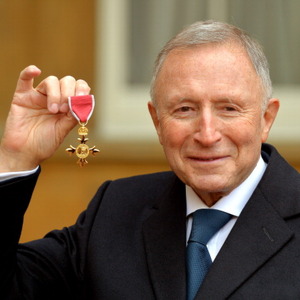