Larry Silverstein net worth: Larry Silverstein is an American businessman who has a net worth of $4 billion. A real estate developer and investor, Larry Silverstein is most widely known as the developer who purchased The World Trade Center on July 24, 2001, a month and a half before the complex was destroyed in the 9/11 attack. He is also the developer for a number of other properties in New York and the District of Columbia. Larry A. Silverstein was born in Brooklyn, New York in May 1931. Silverstein graduated from New York University in 1952 and then went to Brooklyn Law School. With his father and brother-in-law Larry started Silverstein Properties and bought a building in Manhattan. He bought more real estate in Midtown and Lower Manhattan after going out on his own. He sold a building to Coca-Cola in 1983 for $57.6 million, turning a profit of over $46 million. His buildings housed tenants such as the National Urban League and the Illuminating Engineering Society of North America. He won a bid to construct 7 World Trade Center from the Port Authority of New York and New Jersey in 1980. His company won a bid for the lease of the World Trade Center in 2001. The September 11, 2001 attacks led to a dispute with his insurance company regarding his intent to rebuild. He retained the rights to 150, 175 and 200 Greenwich Street, but One World Trade Center would go on to be owned by the Port Authority. Silverstein was a developer of the Ronald Reagan Building in Washington, D.C. In 2007, Silverstein appeared at a rally in solidarity with construction workers and various other public employees to protest insurance companies Allianz & Royal and Sun Alliance due to what he considered their failure to properly compensate the insured to the tune of about $800 million in myriad insurance claims relating to the September 11th attacks in 2001. 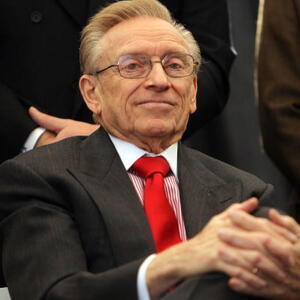