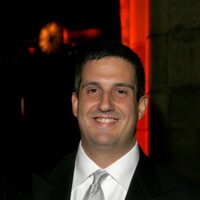 Larry Robbins Net Worth: Larry Robbins is an American businessman and entrepreneur who has a net worth of $1.71 billion. Larry Robbins was born in Alpine, New Jersey in 1969. Robbins is the founder, CEO, and portfolio manager of Glenview Capital Management. Glenview is a hedge fund that has about $9 billion of capital under their management. Robbins graduated from the Wharton School of Business and Moore School of Engineering at the University of Pennsylvania in 1992. He was the captain of the University of Pennsylvania hockey team for three years. He became a Certified Public Accountant in Illinois in 1991. He first worked at Gleacher & Company in New York for three years before joining Omega Advisors as an analyst and partner. In 2000 he left Omega to start Glenview Capital Management. Glenview held the Bloomberg Markets ranking of the best-performing large hedge funds in January 2014. Larry Robbins has been listed in the Top 10 Super Investors to follow in "The Manual of Ideas". He is also a philanthropist who is the chairman of the board for the Knowledge is Power Program New York and Relay Graduate School of Education. He is also a member of the Board of Directors for The Robin Hood Foundation and Teach for America. He married Sarahmay Wesemael in 2012 and has four sons with his first wife Amy.