What is Larry Page's net worth and salary?

Larry Page is an American billionaire entrepreneur who earned his fortune as the founder of Google. As of this writing, Larry Page has a net worth of $103 billion dollars. Larry Page is most notable for being the co-founder and former CEO of the web giant Alphabet which owns several subsidiary companies, including search engine Google. Larry Page created Google with Sergey Brin while they were both graduate students at Stanford.

Larry Page was born in East Lansing, Michigan (home of Michigan State University) on March 26, 1973. His father, Carl Victor Page, Sr. has been described as a pioneer in the computer science. Larry started playing with computers and building inventions at an early age. He attended Okemos Montessori School from 1975 to 1979. He then attended East Lansing High School where he graduated in 1991. For two summers while still in high school, Larry attended an art camp called Interlochen Center for the Arts where he concentrated on the saxophone. For his undergraduate education he earned a Bachelor of Science in computer engineering from the University of Michigan.

After graduating from the University of Michigan, Larry enrolled in the computer science program at Stanford University. As part of the program he need to find a dissertation topic. He ultimately decided to explore the mathematical properties and link structure of the World Wide Web. His major revelation was that one could judge a website's quality based on the number of backlinks it received from other websites. This revelation mirrored how the academic world uses citations to judge quality.

A fellow PhD student named Sergey Brin eventually teamed up with Larry on the project which had become known as "Backrub". Together they created a paper titled "The Anatomy of a Large-Scale Hypertextual Web Search Engine". Their paper became the most downloaded scientific document in the history of the internet at that time.

Next, they used the Backrub web crawler to develop an algorithm which gave every website on the internet a quality score. They called this algorithm "PageRank" which was both a reference to the page of an internet and Larry's last name. After developing a crawler and an algorithm, the next logical creation was a search engine to display results.

After basically getting kicked off campus for using up too much University computer resources, Larry and Sergey incorporated Google as a private enterprise in 1998. The initial domain name was actually "Googol" which is a number that consists of 1 followed by one hundred zeros. They launched with a $100 thousand investment from one of their Stanford professors, David Cheriton. Cheriton's $100,000 investment would eventually be worth more than $2.3 billion. 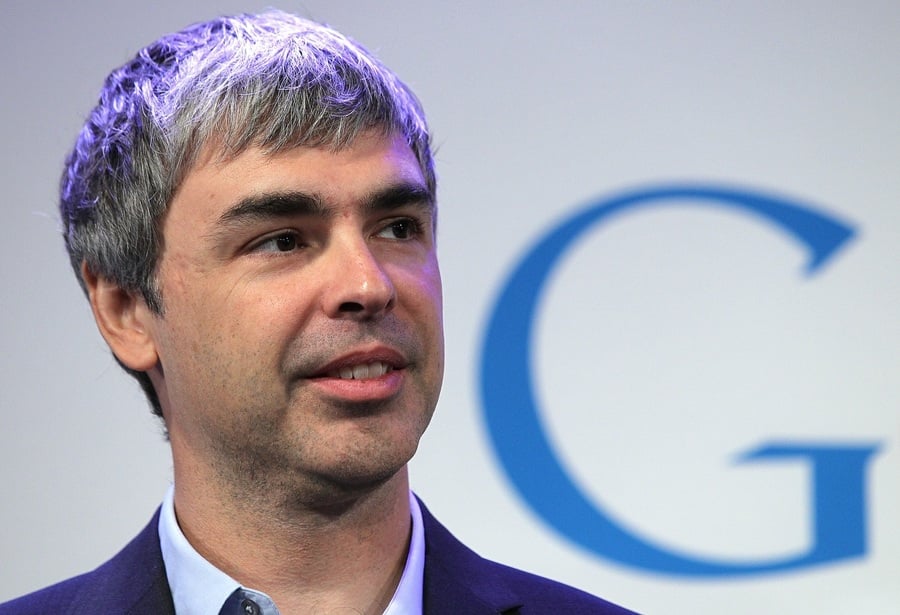 Google went public on August 20, 2004 under CEO Eric Schmidt who had been brought in to turn the company into a professional business. Schmidt served as CEO until 2011, at which point Larry stepped back into the role. He served as CEO until December 2019 when both he and Sergey stepped aside from the company. They both still own a majority of the company and serve on the board but do not have a day-to-day job. He was replaced as CEO by Sundar Pichai. Today the company generates more than $130 billion in revenue.

He is currently one of the richest internet entrepreneurs in history and one of the richest people in the world. Larry Page has received recognition from many professional organizations, including an honorary MBA from IE Business School and the Maxim Foundation Prize in 2004 (the highest award available in the field of engineering). He is also a Fellow of the Marconi Foundation at Columbia University and he now owns an honorary Doctorate from the University of Michigan. Along with co-founder and friend, Sergey Brin, Page is actively engaged in many philanthropic causes.

Larry has been married to Lucinda Southworth since 2007. They married on Richard Branson's private island, Necker Island. They have two children together. Their primary residence is a 9,000 square-foot home in Palo Alto, California which he bought in 2005 for $7.2 million. Starting in 2009 the Pages began acquiring and tearing down most of the homes adjacent to their primary house.

During the COVID-19 pandemic, Larry and his family reportedly moved to Fiji where they proceeded to buy at least one full private island and potentially several surrounding islands.

Larry Page's net worth is $103 billion thanks to his roughly 6% stake in Alphabet. With super-voting shares, Larry and Sergey control 51% of the company's voting rights. Larry has sold about $9 billion worth of shares of both Alphabet and Google since the company's IPO in 2004. Page owns Class A, Class B, and Class C shares of Alphabet, including 20 million shares of Class C Alphabet stock. Larry's family foundation, the Carl Victor Page Memorial Fund controls more than $1 billion worth of assets that have been donated by Larry. 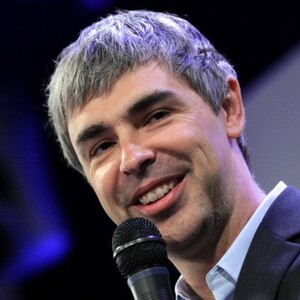