A graduate of Meerut College, he practiced Aeronautical Engineering in UK, and soon he was chosen to the Indian Army by British Officers Services Selection Board, UK. However, it was in 1979 that K.P. Singh became the Managing Director of DLF Universal Limited after its union with his previous company American Universal Electric Company. Later on, he made DLF the world's largest real estate company that is built in a vast area of more than 10,000 acres in Gurgaon, also known as DLF City. Additionally, Singh is a Chairman and Director of 31 diverse private firms that are engaged in different sectors of the economy. Recently, the Real Estate King launched an autobiography named Whatever the Odds: The Incredible Story behind DLF. Besides leading an extremely lavish lifestyle, K.P. Singh has also received many awards for his contribution towards society. 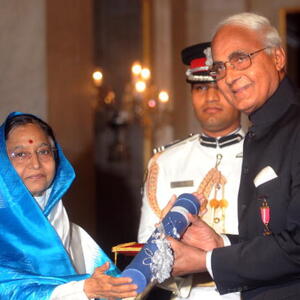