Kumar Birla Net Worth: Kumar Birla is an Indian industrialist who has a net worth of $9.4 billion dollars. Born in India on June 14, 1967 in India, Kumar Birla is the Chairman of the Aditya Birla Group, one of the largest conglomerate corporations in India. He is also the Chancellor of the Birla Institute of Technology & Science.

Birla assumed the position of Chairman of the Birla group at the age of 28, after the sudden death of his father, noted industrialist Aditya Birla. Doubts were raised as to his capabilities to carry out the duties, due to his youth and inexperience, but Kumar soon proved the skeptics wrong and proceeded to bring about radical changes, new business strategies and internal systems. Under his leadership the company branched out into cellular telephony, asset management, software and BPO (Business Process Outsourcing). Kumar Mangalam Birla has received many honors during his career, including being named the CNN-IBN Indian of the Year (2010) and the Business Leader of the Year by the AIMA Managing India Awards that same year. He has also been named the World Economic Forum's Young Global Leader, The Ernst & Young Entrepreneur of the Year and many more. Birla is a chartered accountant and holds an MBA from London Business School, where is also an Honorary Fellow. He is married to Neerja and they have three children: Ananyashree, Aryaman Vikram and Advaitesha. 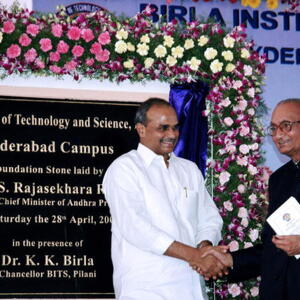