Koos Bekker Net Worth: Koos Bekker is a South African businessman who has a net worth of $2 billion. Koos Bekker graduated from Columbia Business School in 1984. He went on to found the television company M-Net which went public on the Johannesburg Stock Exchange in 1990. The company was delisted and consolidated under Naspers after Bekker became the CEO in 1997.

In February 2014 he stepped down as the CEO of Naspers and it has been announced that he plans to return to the company as chair in April 2015. Bekker helped to transform the company into a media power house that has investments in India, Russia, and China. They hold stake in China's Internet and the instant messaging service Tencent Holdings as well as Russian Internet company Mail.ru and Brazilian magazine published Abril. Bekker helped Naspers go from $600 million to $45 billion and took no salary or benefits, only stock option grants. Koos was founding director of the African mobile firm MTN. He owns a 600 acre estate in South Africa. 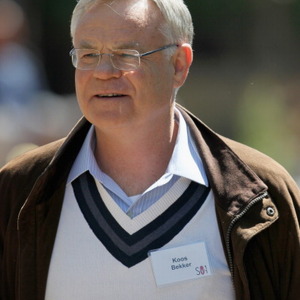