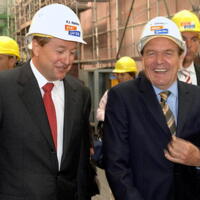 Kjell Inge Rokke net worth: Kjell Inge Rokke is a Norwegian businessman who has a net worth of $2.7 billion. Kjell Inge Rokke is a Maritime magnate who never finished secondary or higher education. However, he started working at the age of 18, being engaged on fishing trawlers in Alaska for several years. In the 1980s, Rokke was based in Seattle, Washington, where owned and operated American Seafoods Company. While in the early 1990s, he get back to Norway, buying and restructuring various companies. Now, Rokke is a majority shareholder of Aker ASA, a conglomerate that operates ships, shipyards, offshore drilling, and even more. Furthermore, he owns a brand new 230-foot super-yacht that can accommodate 24 guests and 28 crew on board. The man who became known as "ruthless corporate leader," is ranked as the 3rd richest person in Norway and the 458th wealthiest in the World.