Kirk Kerkorian Net Worth: Kirk Kerkorian was an American businessman who had a net worth of $4.2 billion dollars. Kirk Kerkorian is considered one of the grandfathers of Las Vegas and one of the "fathers of the megaresort" along with architect, Martin Stern, Jr. Born Kerkor Kerkorian on June 6, 1917, in Fresno, California, he served as the president/CEO of Tracinda Corporation, his private holding company based in Beverly Hills, California. Known by his nickname "the smiling cobra", Kerkorian is regarded as one of the key figures in shaping Las Vegas as we know it today. Not having interest in formal education, he dropped out of school in the 8th grade to become a boxer. During World War II, Kirk was a daredevil pilot who flew for the Royal Air Force. He delivered supplies over the Atlantic on routes that would crash one out of every four planes. After the war, having saved most of his wages, Kerkorian spent $5,000 on a Cessna. He worked as a general aviation pilot, and made his first visit to Las Vegas in 1944, where he became a high roller on the craps tables.   In 1962, Kerkorian bought 80 acres in Las Vegas, across the Las Vegas Strip from the Flamingo, for $960,000.

In 1969, he bought a controlling stake in the Metro-Goldwyn-Mayer film studio, and he went on to open the original MGM Grand Hotel and Casino (now Bally's Las Vegas) in 1973. The MGM Grand Reno, followed in 1978. Over the years, MGM has grown to become the second largest gaming company in the world by revenue. However, Kerkorian stepped down as its chairman in 2011 and became the first director emeritus. Despite selling $750 million worth of shares of MGM International Resorts in recent years, he recently announced that he is interested in boosting his stake in it via his private investment firm, Tracinda. He has also had an on again/off again relationship with the American auto industry, among other interests and business ventures. Most recently, Kirk Kerkorian has devoted himself on philanthropic activities, which include his Dream Fund which supports academic programs and medical research at UCLA. Kirk Kerkorian died on June 16, 2015 at the age of 98. 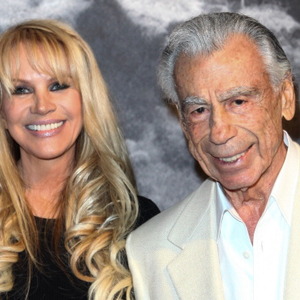