Kerry Stokes Net Worth: Kerry Stokes is an Australian businessman who has a net worth of $1.7 billion. Stokes' fortune is of diversified origin since he holds vast interests in a number of industries ranging from property, mining and construction equipment, to print and electronic media. However, he is best known for his position as Chairman of Seven Network, one of Australia's largest broadcasting corporations.

Born John Patrick Alford on September 13, 1940 in Melbourne, Victoria, he was raised as the foster child of Matthew and Irene Stokes. Stokes' first job was not shiny at all, as he is said to have installed antennas in Perth. Eventually, he started to deal with property development and he went on to develop shopping centers in Perth and regional Western Australia together with his partners Kevin Merifield and Jack Bendat. What's more, he became the owner of Australian Capital Equity (ACE), through which he holds interests in mining, petroleum exploration, construction and property. In 2007, he established a successful collaboration with The Carlyle Group to form Coates Hire Ltd from National Hire Ltd. When it comes to his personal life, Stokes took some three marriages before he finally settled with his fourth wife Christine Simpson. He has four children and currently resides in Perth, Australia. 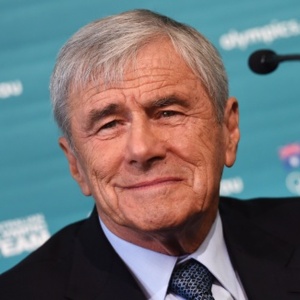