Kenneth Langone Net Worth and salary: Kenneth Langone is an American financial backer, venture capitalist and investor who has a net worth of $3.3 billion. Perhaps best known as co-founder of The Home Depot, Ken Langone is also famous for serving as director of the New York Stock Exchange where he also chaired the New York Stock Exchange's compensation committee from 1999 to 2002.

In July 2010, he was elected chairman of the Board of Directors of Geeknet, a public online-retailer, and he is now serving as company's CEO. Born Kenneth G. Langone on September 16, 1935 in Roslyn Heights, New York, he was a child of working class parents. Thus, Langone had to work several blue-collar jobs to pay for his education at Bucknell University and New York University Stern School of Business. After graduating, Langone worked some menial jobs in the insurance industry before landing a position at a financial services firm. Langone's career was launched to the stratosphere after he took Ross Perot's company Electronic Data Systems public at 10x the value of what other firms had predicted. He built on this experience for some 10 years, after which he organized financing for Arthur Blank and Bernard Marcus to found Home Depot. Not only it's regarded to be Langone's most notable business venture, the retailer of home improvement and construction products and services has also turned into a national chain that employs over 400,000 people today. Aside from his sound business acumen, Mr. Langone is a great philanthropist who has donated more than $200 million to various causes as of this writing and is a member of Warren Buffett's Giving Pledge. A notable donor to New York University on two occasions, he also made generous contributions to The Children's Oncology Society (Ronald McDonald House), Robin Hood Foundation, Damon Runyon Cancer Research Foundation, Tomorrow's Hope Foundation, and Harlem Children's Zone. 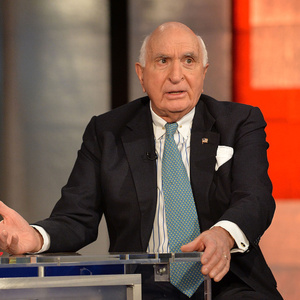