Ken Fisher Net Worth: Ken Fisher is an American investment analyst who has a net worth of $3.2 billion. He was born Kenneth Lawrence Fisher on November 29, 1950 in San Francisco, California. Ken Fisher has been the "Portfolio Strategy" columnist for Forbes for over 30 years. After his graduation from Humboldt State University, Fisher started working for his father, Philip, who was prominent money manager and author of the investment book Common Stocks and Uncommon Profits.

In 1979, Ken established his own money-management company, Fisher Investments. He currently serves as its Chairman and CoChief Investment Officer. To this day and owns 95% of the company's shares which manages more than $100 billion in assets for private and institutional clients. In 2007, Ken and Thomas Grüner launched "Grüner Fisher Investments". Besides Forbes, Fisher writes to other financial and news magazines such as the Financial Times, USA Today and other leading news outlets around the world. He has written 11 books including four New York Times Bestsellers. He has also written numerous research papers on behavioral finance which have brought him many prestigious awards including Bernstein Fabozzi/Jacobs Levy Award and the Tiburon CEO Summit award for Challenging Conventional Wisdom. In 2010, Fisher was listed as one of the top 30 most influential people in the investment advisory business by Investment Advisor Magazine. In 2012 Ken and his wife made a donation of $7.5 million to John Hopkins University to support a new infectious disease center. Fisher also owns several commercial properties in Washington State and Northern California, as well as 2,000 acres area of redwood timber in Mendocino, which he bought for $4 million. 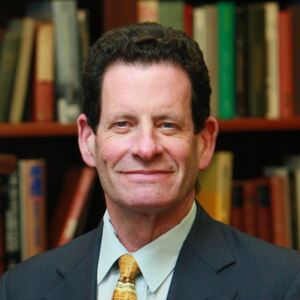