Karl-Johan is the CEO and President of the fashion company Hennes & Mauritz or H&M. The company was founded by his grandfather Erling Persson in 1947. Karl-Johan graduated from the European Business School in London. He purchased an events management business in 2001 and it became the leading events management company in Scandinavia. He sold that business in 2007 to MCI. Persson joined H&M in 2005 and worked his way up to become Head of Expansion and Head of Business Development in 2007. He became CEO in 2009 succeeded Rolf Erksen. Karl-Johan's wedding to Leonie Gillberg was attended by Crown Princess Victoria of Sweden in 2002 and she became the godmother to one of his two children. His brother Tom Persson, sister Charlotte Soderstrom, and aunt Lottie Tham are also billionaires. 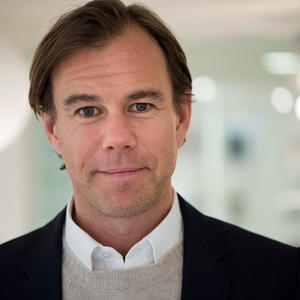