Juan Roig net worth: Juan Roig is a Valencian entrepreneur who has a net worth of $4.9 billion. Juan Roig is the President of the Supervisory Board of Mercadona grocery store chain, founded in 1977 by his parents, who were aiming to expand their than-owned group Meat Roig overseas at the time.

Acquainted with the intricacies of the business at very young age, Juan Roig now holds a 55% stake in the 1,356-store food empire, which is present in 47 provinces and 16 of the 17 autonomous communities of Spain. He didn't let his business wane due to Spain's financial crises, cutting prices in stores by 14% and thus helping Spanish families get through the squeeze. Thus, Mercadona's low-price marketing strategy made his company capture a 22% market share, the largest of any grocer. The company also prides itself on its vast number of employees, around 63,500, who enjoy company's benefits and are 66% female. All of his daughters, Hortensia, Amparo, Juana and Carolina, sit on the supervisory board next to their dad. Apart from his shrewd business acumen, Juan has launched a seed capital fund for entrepreneurs as well as a charitable foundation that sponsors a half marathon event in Valencia. What's more, he attends Valencia's professional games twice a week, since he is a huge basketball fan. 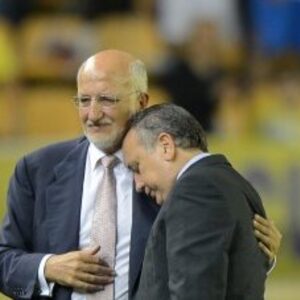