Juan-Miguel Villar Mir Net Worth: Juan-Miguel Villar Mir is a Spanish entrepreneur who has a net worth of $2.7 billion. Born in 1931, Villar Mir operates the construction company Obrascón Huarte Lain S.A. (OHL) along with his three children. In 2011, this global engineering and construction empire had a revenue of $6.5 billion, and currently, it constructs railways, ports and airports, toll roads, as well as residential developments, in more than 34 countries worldwide.

Its eminent projects are the high-speed railway in Saudi Arabia linking Mecca and Medina, the Ural Polar railway in Russia, and the Marmaray railway connecting the Asian and European sides of Istanbul in Turkey. Holding a PhD in Civil Engineering and a Law Degree, as well as a Diploma in Economics from the World Bank Economic Development Institute in Washington, Villar Mir develops his career as a professor at the Polytechnic University of Madrid. Before launching his own business, he served as the chairman or senior executive in various companies including Cementos del Cibca, Hidro-Nitro, Altos Hornos de Vizcaya, Empresa Nacional de Celulosas, Altos Hornos del Mediterraneo, Puerto Sotogrande, Electra de Viesgo, and Carbonidera del Sur. Apart from OHL, Villar Mir owns Grupo Villar Mir, which operates in about 30 countries across the world. Now, Grupo Villar Mir is Spain's major self-governing maker of hydroelectric power, the biggest producer of silicon metal in the world, a leading fertilizer manufacturer, as well as a property developer with construction in Florida, Texas, and on the Mediterranean coast. Moreover, this group holds smaller subsidiaries that produce pre-stressed concentrate; retail clothes for children; and distribute diesel oil. A former finance minister of Spain (1975-1976), Villar Mir was awarded with the title "marquis" by His Majesty the King Juan Carlos in 2011 thanks to his outstanding and enduring service to Spain and the Crown. 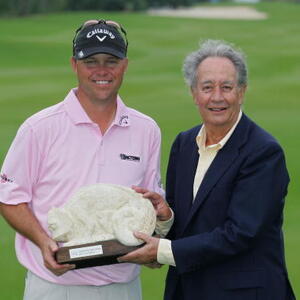