Juan Abello net worth: Juan Abello is a Spanish businessman who has a net worth of $2.5 billion. Once he earned the Doctor of Pharmacy degree, Juan Abello inherited Abelló Laboratories from his father, Juan Abelló Pascual. However, he decided to sell his family's pharmaceutical business in 1985, investing in various industries, from banking to textiles.

This onetime pharmacist, acquired a 9.6% share in construction giant Sacyr Vallehermoso, where he currently serves as Vice President. More recently, he has put some money in Spain's abundant public debt. Abello is a frequent figure in tabloids, appearing along well-known politicians and members of Spanish artistic and cultural circles. Also, he is known for his remarkable art collection, which includes works by geniuses like Pablo Picasso, Francisco Goya, El Greco, Edgar Degas, Toulouse-Lautrec, Salvador Dali, Francis Bacon, and Van Gogh. Married with four children, Juan is an enthusiastic hunter who loves to watch bullfights. 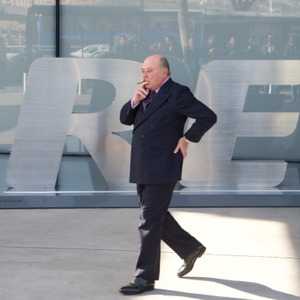