Joshua Harris Net Worth: Joshua Harris is an American private equity investor who has a net worth of $5.5 billion. He joined the billionaire ranks as cofounder of Apollo Global Management, a private equity firm that has been working with alternative asset management and capital investing for more than 20 years.

Harris graduated from the University Of Pennsylvania with a Bachelor of Arts and Science distinction and then went on to earn a Master of Business Administration from Harvard University. Clearly a man who is able to recognize a good investment, Harris has often seen value where others haven't. This made Joshua and his partners buy the New Jersey Devils NHL team in August 2013. He was also the key investor in the Philadelphia 76ers, which he bought along with his partners in 2011. Apollo owes part of his success to Joshua who was fueling the right purchases. He saw a rise in his fortune for $500 million last year, as Apollo shares surged. Joshua Harris decided to co-found the firm with Leon Black and Mark Rowan in 1990, shortly after their previous employer Drexel Burnham collapsed. 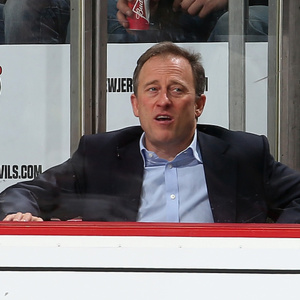