Joseph Tsai Net Worth: Joseph Tsai is a Taiwanese-born Canadian businessman who has a net worth of $10.5 billion. Joseph Tsai is the co-founder and CFO of Alibaba and helped raise nearly $7.8 billion of financing, including the sale of a 40% stake in the company to Yahoo, in 2005. He served as the Chief Financial Officer at Alibaba Group Holding Limited until May 10, 2013.

Tsai joined Alibaba Group in 1999 as a member of the Alibaba founding team and served as Chief Financial Officer of Alibaba.com Limited until July 2007 and its Chief Operating Officer from 1999 to 2000. From 1995 to 1999, Tsai worked in Hong Kong with Investor AB, the main investment vehicle of Sweden's Wallenberg family, where he was responsible for Asian private equity investments as a Vice President and Senior Investment Manager. He brings a strong background in law and finance to the Alibaba.com team. He joined Alibaba.com Limited in October 1999 and spearheaded the establishment of the Hong Kong headquarters. From 1995 to 1999, he served as Vice President and Senior Investment Manager focused on Asian private equity at Investor Asia Limited, a subsidiary of Investor AB, the largest industrial holding company in the Nordic region. From 1994 to 1995, Tsai served as Vice President and the General Counsel of Rosecliff, Inc. and from 1990 to 1993 practiced tax law as an associate with Sullivan & Cromwell in New York. He also once worked in a management buyout firm based in New York City. He serves as Non-Executive Director of Alibaba.com Limited and is a Member of the New York State Bar. 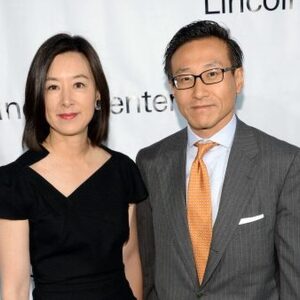