Jorge Perez Net Worth: Jorge Perez is an Argentinian-native American real estate developer who has a net worth of $3.3 billion. Known as South Florida condo king, Jorge Perez is one of the richest Americans today. Once he graduated from the University of Michigan, Perez made his career beginnings as an urban planner and then moved into low-income housing development.

A brief encounter with New York developer Stephen Ross led to a fruitful partnership as the two founded together The Related Companies in 1979. Initially, they built affordable housing in the 1980s, after which they switched to high-end condo construction. More precisely, the Related Companies has become one of the most popular condo builders in Southern United States. Thus, Perez, who is often referred to as the "Donald Trump of the Tropics", is the owner of 50 condo towers in Las Vegas, Fort Meyers and South Florida. Aside from his successful business deals, Mr. Perez has established himself as a democratic fund raiser who supported the candidacy of Bill Clinton and his wife, Hillary, as well as the current US President Barack Obama, after the latter was declared himself as the official Presidential nominee of the Democratic Party. With residence in Miami, Florida, he is married to Darlene Perez with whom he has four children. 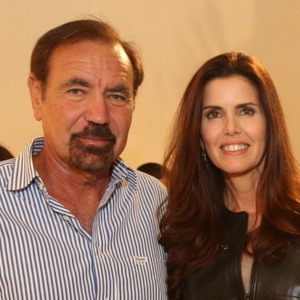