Jorge Paulo Lemann Net Worth: Jorge Paulo Lemann is a Swiss-Brazilian banker who has a net worth of $23 billion. Jorge Paulo Lemann was born August 26, 1939. Jorge Paulo Lemann is believed to be Brazil's richest man, thanks to his shares in Anheuser-Busch InBev, the world's largest brewer, though in 2013 it was another business deal that put him in the headlines. His private equity firm, 3G Capital, acquired H.J. Heinz Company together with Warren Buffet's Berkshire Hathaway in July for $23 billion. This was Lemann's second acquisition of an American name brand. In 2010, 3G Capital bought Burger King in a leveraged buyout, gunning profit margins by slashing approximately 4,000 jobs. Lemann is also a former Brazilian tennis champion who even played Wimbledon. He is a board member of Lojas Americanas S.A. and was a former board member of the Gillette Company, Chairman of the Latin American Advisory Committee of the New York Stock Exchange, founder and board member of Fundação Estudar (which provides scholarships for Brazilian students) and a member of the International Advisory Boards of the Credit Suisse Group and DaimlerChrysler. Lemann also made headlines in 1999 when criminals reportedly attempted to kidnap his three young children. A driver was taking the children to school when two cars blocked the street. The would-be kidnappers opened fire. Although the driver was wounded, he managed to get the children to safety. The day of the foiled kidnapping, Lemann himself reportedly did not miss any meetings, nor did his children miss that day of school. In fact, to his business partners, the only sign that something was amiss with Lemann was that he arrived late. Lemann would subsequently move his family to Switzerland.

Net Worth details: Jorge Paulo Lemann owns a 10 percent stake of the world's largest beer maker, Anheuser-Busch InBev. He is also a controlling partner in the investment firm 3G Capital at a 45 percent stake. 3G partnered up with Berkshire Hathaway to provide $4.1 billion towards the acquisition of Heinz in 2013. Lemann and his partners are assumed to hold 50.1 percent of their company's stake in Kraft Heinz and Restaurant Brands. 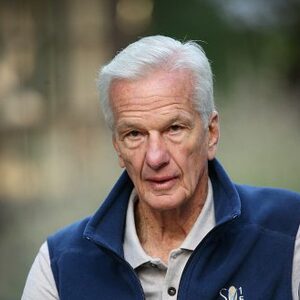