Jon Stryker net worth: Jon Stryker's net worth is $1.91 billion dollars which makes him one of the richest people in Michigan. Jon Stryker graduated from Kalamazoo College and then earned his Masters of Architecture from the University of California-Berkeley. One of three heirs to the Stryker Corporation fortune, Mr. Stryker chose not to serve on the board like his sister, Ronda. The Stryker Corporation was founded in 1941 by Jon Stryker's grandfather, the inventor of the mobile hospital bed, among other medical innovations, and has since grown into one of the largest and most successful medical manufacturing companies in the world. Mr. Stryker has focused a great deal of his fortune on philanthropic work, including gay rights initiatives and animal rights causes. He founded the Arcus Foundation in 2000. The firm is devoted to conservation and social justice around the world. Most recently, the Foundation donated $23 million to Kalamazoo College in order to build the Arcus Center for Social Justice. 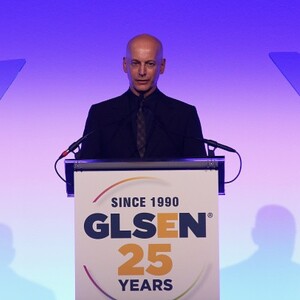