What was J. Paul Getty's Net Worth?

Jean Paul Getty was an American businessman who has a net worth of $2 billion at the time of his death in 1976. J. Paul Getty earned his net worth as the founder of Getty Oil Company. Getty was born into his father's (George Getty) petroleum business but made a name for himself as one of the first people in the world to have made over $1 billion. In 1957, J. Paul was named the richest living American, and by 1966 he was named the world's richest private citizen with an an estimated net worth of $1.2 billion.

Getty was A great lover of art and antiques, Getty formed J. Paul Getty Museum in Los Angeles, California. The Museum is part of the J. Paul Getty Trust which is the one of the world's wealthiest art institutions worth. The trust also operates the Getty Foundation, The Getty Research Institute and The Getty Conservation Institute.

Jean Paul Getty was born on December 15, 1892 in Minneapolis, Minnesota. His mother was Sarah Catherine McPherson and his father was George Getty, who worked as an attorney in the insurance industry. When Getty was 10, his family moved to Bartlesville, Oklahoma after his father had purchased 1,100 acres of land. The land subsequently began producing 100,000 barrels of crude oil per month and the family became millionaires. They then moved to Los Angeles. Getty attended Harvard Military School at age 14 and then enrolled at Polytechnic High School. He displayed a propensity for languages and became fluent in French, German, and Italian and was also conversational in a number of other languages.

He briefly enrolled at the University of California, Berkeley but then traveled to the University of Oxford in England in order to continue his studies. He obtained diplomas in economics and political science in June 1913 and made a number of notable friends while completing his studies, including Edward VIII, the future King of the United Kingdom.

In 1914, Getty was given $10,000 by his father in order to invest in expanding the family's oil field holdings in Oklahoma. The first lot he bought was extremely successful and by the following summer, he had become a millionaire from the royalty he had accrued from its production. While Getty only received $500,000 in inheritance upon his father's death, a small sum in comparison to the $10 million fortune, due to his father's dismay at Getty's chaotic personal life, Getty invested very wisely and acquired Pacific Western Oil Corporation, Tidewater Oil, and Skelly Oil. The then merged these holdings into Getty Oil.

Getty negotiated a deal to purchase the rights to the Saudi Arabian Neutral Zone oil concession from Ibn Saud in 1948 in a huge gamble. Oil was finally discovered in 1953 and began producing 16 million barrels a year, helping him become one of the richest people in the world. He continued to expand his business in the Middle East, thanks both to his wealth and ability to speak Arabic. He gained the controlling interest in around 200 businesses. He also bought a 72-room mansion near Guildford, Surrey and a number of other expensive properties. 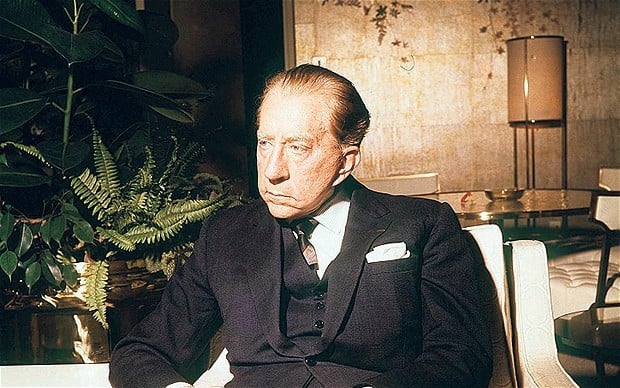 Outside of his business interests, Getty also was deeply invested in collecting art. He wrote several books on the subject, including "Collector's Choice: The Chronicle of an Artistic Odyssey through Europe" and "The Joys of Collecting." Even though he did not purchase an extensive amount of art of his own collection due to his frugality, by the time of his death his own collection was valued at around $4 million and transferred to the Getty Museum.

In 1984, a decade after J. Paul's death, his grandson Peter doubled the family fortune by selling Getty Oil to Texaco.

Throughout his youth, Getty developed a reputation for being a womanizer. In 1917, when Getty was 25, he was involved in a paternity suit when Elsie Eckstrom claimed he was the father of her daughter, Paula. Getty agreed to a settlement of $10,000.

In 1923, Getty married for the first time to Jeanette Demont. The couple had one son together, George, and then divorced in 1926. He then married 17-year-old Allene Ashby while he was still technically married to Demont. They remained together until 1928, at which time they dissolved the marriage. The same year, he married Adolphine Helmle, who was also 17 at the time of their marriage. They had one son together, Jean, and then divorced in 1932 after Getty lost interest in her. In 1932, he also married Ann Rork, though he had already been in a relationship with her for two years prior while he was trying to divorce Helmle. They divorced in 1936 after having two sons together, John Jr. and Gordon. Getty was married for the final time in 1939 to Louise Lynch. The couple had one son together in 1946 named Timothy. Timothy had a brain tumor and died at the age of 12. At the time of his son's death, Getty was living in England and he did not return to attend the funeral. Lynch divorced him the following year.

Getty had a reputation for extreme frugality throughout his life, even after he was the richest man in America. He scolded his fifth wife for spending too much money on their son's medical treatments, did his laundry by hand in order to pay for laundering services, re-used stationary that had already been written on, and installed a pay phone at Sutton Place in order to limit calls on the regular phone lines. He also refused to pay the full ransom when his grandson was kidnapped by the Italian mafia in 1973. He only agreed to pay a much-reduced ransom after a lock of hair and the ear of his grandson was sent via mail.

As he got older, Getty continued working as much as 18 hours a day. He also continued entertaining women and had a number of mistresses who all lived in his mansion, many of whom were hoping to be remembered in Getty's will. In June of 1976, Getty died of heart failure at the age of 83. He was buried in Pacific Palisades in Los Angeles, California. 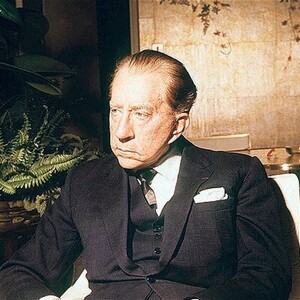