John Menard, Jr. Net Worth: John R. Menard, Jr. is an American entrepreneur and billionaire who a net worth of $20 billion. He is the founder and owner of Menards, a major Midwestern home improvement chain. He is also a former IndyCar racing team owner. Menard is a partner in Robby Gordon Motorsports with NASCAR owner and driver Robby Gordon. He is also the father of NASCAR driver Paul Menard.

John Menard, Jr. was born January 22, 1940 in Eau Claire, Wisconsin. John Menard, Jr. opened his first hardware store in 1972. As of 2005, Menards had reportedly grossed an estimated $5.5 billion in sales and at 2011 his company owned 262 Menards stores. Menard also owns an engine shop in the United Kingdom that produced engines for Team Menard and Robby Gordon Motorsports, the former of which won the 1997 and 1999 Indy Racing League championships. His reputation has suffered over the years due to a slew of lawsuits alleging sexism, ageism and discrimination; the most recent of which (2013) alleges he pressured the wife of his former business partner for sex and then attempted to financially ruin the couple. Menard ousted his former investment partner, Stephen Hilbert, a 20% shareholder in MH Equity, for mismanaging assets and resources. Hilbert's wife, Tomisue, in turn filed a lawsuit alleging that her husband's forced departure from MH Equity came as a result of her denial of Menard's sexual advances. She states Menard touched her without consent, suggested Tomisue join his wife in sexual activities and threatened financial consequences if Tomisue denied his advances. Menard's defense describes the lawsuit as an attempt to get at Menard for removing Hilbert from management of MH Equity.

John Menard Net Worth details: John Menard owns 89 percent of Menard Inc., which is one of the 50 largest retailers in the United States and has annual revenue north of $10 billion. The company was founded in 1960 and includes the Menard home improvement chain. Menard controls nearly 300 stores in the U.S. 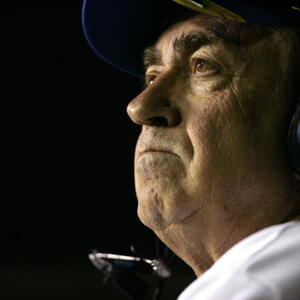