John Mars net worth: John Mars is a Wyoming-based businessman who has a net worth of $42 billion. The son and grandson of Forrest Mars, Jr. and Frank C. Mars, respectively, John Mars is the Chairman of the Mars, Incorporated, the successful candy company with brands such as Mars, M&Ms, Milky Way, Snickers, and Juicy Fruit.

Mars has accumulated that impressive net worth thanks to his being born into the famous Mars family, who are the owners of the candy company responsible for some of the most well selling candies and snack foods in America, including 3 Musketeers, Snickers, M&Ms, Skiddles, Combos, and many more. Despite his famous name, John Mars has generally seen fit to remain outside the spotlight, living a private and (some would say) reclusive life in his home in Jackson, Wyoming. One example of this commitment to privacy is illustrated in his being featured in Forbes magazine's annual profile of the richest people in the world – John Mars is the highest ranking individual on the list who doesn't have a photo on file with the magazine. Mars' personal life is as ostensibly smooth and steady as his work in the business world. He's been married to the same woman, Adrienne Bevis, since 1959. Together they have three children: Linda Anne Mars, Frank Edward Mars, and Michael John Mars. While he might not be a very visible billionaire, John Mars has guided Mars Incorporated into one of the most respected candy brands in the world.

Net Worth details: John Mars owns one-third of the candy company Mars Inc., with the rest being owned by his sister and four nieces. In 2015 the company had revenue of $35 billion. Mars is responsible for popular candy bars such as Snickers, Twix, and Milky Way. Mars acquired gum giant Wrigley in 2008 for $23 billion. Mars had announced plans to buy out Berkshire Hathaway's $2.1 billion stake in Wrigley as well as to acquire animal hospital chain VCA Inc. for $7.7 billion. 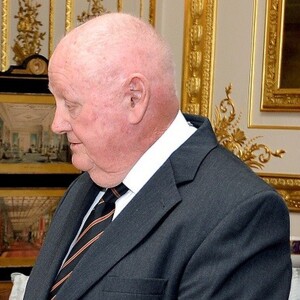