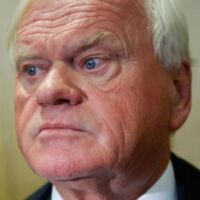 John Fredriksen net worth: John Fredriksen is a Norwegian-Cypriot oil and shipping magnate worth $12 billion which makes him the richest person in Cyprus. Born in Oslo, Norway, John Fredriksen began his professional career working for shipbrokers in Norway. In his late 20s, he left the company and ventured out on his own. He first began trading oil in the 1960s in Beirut, then he went on to buy his first tankers in the 1970s. During the Iran-Iraq Wars in the 1980s, he was one of the few oil shipping companies who continued to work in the region, even though it was incredibly dangerous. His company made a huge profit during that decade. in the 1990s, with Frontline Ltd., he made a name for himself as the king of the tanker trade. In addition to the above, John has main interests in the offshore driller SeaDrill, the fish farming company Marine Harvest and the dry bulk company Golden Ocean Group, as well as the supply vessel company Deep Sea Supply. He took this fortune, and turned it into the largest oil tanker fleet in the world, operating environmentally sound double hulled tankers. He runs a number of investment companies, including Meisha and Hemet Holdings, and has complete control or partial ownership of such companies as Frontline, Golar LNG, SeaDrill, Golden Ocean Group, and Deep Sea Supply. He owns homes in London, Oslo, Marbella, and Cyprus. He became a citizen of Cyprus in 2006, and gave up his Norwegian citizenship in the process. The man who was included in the 50 Most Influential list of Bloomberg Markets Magazine in 2012, runs the world's largest oil tanker fleet from his mansion in London and he spend his days off in Marbella. John is widowed and has two children.