John Caudwell Net Worth: John Caudwell is an English businessman and philanthropist who has a net worth of $2.9 billion. Born John David Caudwell on October 7, 1952 in Birmingham, United Kingdom, he has accumulated his fortune in the mobile phone business. He made his career beginnings as he started to work as an apprentice at Michelin.

Thus, he spent several years as engineering foreman while gaining a Higher National Certificate (HNC) in mechanical engineering. It was in 1987 that he started to sell mobile phones with his brother Brian. The two have bought 26 mobile devices from the United States and sold them for thousands each to British businessmen. Doing well, the Caudwell brothers went on to set up the mobile service provider Singlepoint in 1993, and thus they have taken on around 1.9 million contract users. One decade later, they sold the company to Vodafone for $650 million. He invested the earnings to found his mobile handset wholesaler, Phones4U, in 1996. After the company turned into a retail and distribution giant few years later, he sold a majority stake of Phones4U to Providence Equity Partners for $2.8 billion in 2006. The remaining share was sold in 2011 for $272 million. Nowadays, Mr. Caudwell is involved in investing in small to medium-sized enterprises and prime London real estate. In addition to being a successful businessman, John is also an avid sportsman and philanthropist. Most notably, he chairs the charity organization, Caudwell Children. Refusing to use offshore tax havens such as Jersey or Monaco, John Caudwell declares himself as Britain's biggest income tax payer. 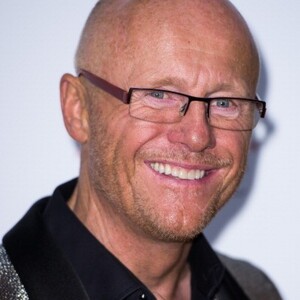