Johanna Quandt net worth: Johanna Quandt was a German business woman who had net worth of $12.8 billion dollars at the time of her death. That net worth made her one of the richest people on Germany. Born in Germany, Johanna Quandt worked as a secretary and personal assistant to Herbert Quandt, who went on to helm BMW.

After his death, she and her two children inherited his shares of BMW. She served on BMW's Board of Supervisors until 1997. At the time of her death, she owned nearly 17% of BMW. She was a prolific supporter of various child cancer institutes and research facilities. She was also politically active. The German government recognized her for her involvement in various learning and journalism initiatives in the fall of 2010. Her son and daughter currently serve on the board of BMW, and also own large shares in the company, as well as shares in other successful German corporations. Their combined net worth makes them one of the richest families in Europe. Ms. Quandt lived in Bad Homburg, just outside of Frankfurt, Germany right up to the time of her death in August 2015. 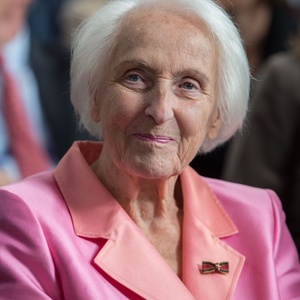