However, Rupert's wealth has grown an astonishing 30% recently, after he upgraded fortunes of his Swiss-based luxury goods outfit, Compagnie Financiere Richemont. From year to year his stock in Richemont has jumped more than 50%. In 2012, Rupert stepped down as company's CEO, being replaced by co-CEOs Richard Lepeu and Bernard Fornas. However, his fortune continued to swell thanks to his stakes Remgro and Reinet. This successful businessman is married with three children and spends most of his free time on the golf course, since he is an avid golf player. 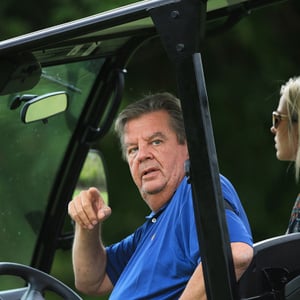