Johann Graf net worth: Johann Graf is an Austrian businessman who has a net worth of $6.8 billion dollars. Born in Austria, Johann Graf began his professional career as a butcher in Vienna. In the mid-70s, he purchased a number of pinball machines from the United States and brought them to Austria.

The purchase proved highly successful, and he subsequently founded the Novomatic Group. Novomatic has become one of the largest gambling companies in the world, and currently operates in 31 countries. The corporation makes electronic betting machines, and overseas their operation in over 1000 casinos around the world. Novomatic currently controls 160,000 machines worldwide. The Novomatic Group is made up of a collection of companies, including Novomatic AG, ACE Casino Holding AG, and Gryphon Invest AG. The company is now a family-run business, and Mr. Graf's son, Thomas, serves as CEO of Austrian Gaming Industries, one of the Group's other subsidiaries. When not focused on his gaming empire, Johann Graf collects vintage Jaguars. 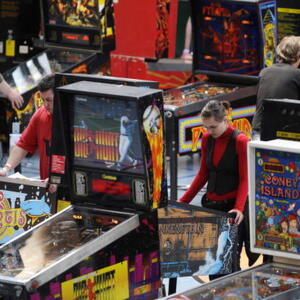