Joao Moreira Salles Net Worth: Joao Moreira Salles is a Brazilian documentary film maker who has a net worth of $3.2 billion. A member of one of Brazil's oldest banking families, Joao Moreira Salles made a name for himself in the entertainment industry. Today he is known as one of the greatest filmmakers of the new Brazilian generation, having created such works as "News from a Private War" (1999), "Nelson Freire" (2003), "Entreatos" (2004) and "Santiago" (2007).

It was back in 1987 that Joao Moreira Salles teamed up with his brother Walter Salles to found VideoFilmes, a production company that originally focused on making documentaries for television. Its first productions include the two documentaries displayed on the Network series Headline, i.e., "China, The Center of the Empire" (1987) and "America" (1989). Filmmaking aside, Mr. Salles is also present in the banking industry. Salles' late father, Walther Moreira Salles, was the founder of Unibanco, a Brazilian bank that merged with Banco Itau in 2008. Today, Itau Unibanco SA is the second largest bank in Brazil and Joao Moreira Salles is one of the largest individual shareholders of Itau Unibanco SA. Joao Moreira Salles also serves as the president of Instituto Moreira Salles, a non-profit foundation founded by Walter in 1990 and managed by the Moreira Salles family. The purpose behind the foundation is promotion and development of cultural projects in the areas of photography, literature, libraries, visual arts, and Brazilian music. His two brothers, Walter, Pedro and Fernando Roberto, are also billionaires. 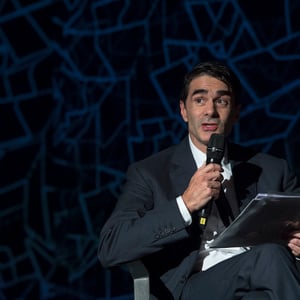