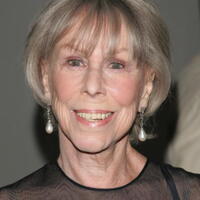 Joan Tisch Net Worth: Joan Tisch is an American billionaire who has a net worth of $3.2 billion. Born Joan Hyman in 1926, in US, she is a billionaire heir to the Tisch family riches. Actually, Joan and her sister-in-law Wilma Tisch both came into billions-worth fortunes built by their late husbands, Robert "Bob" and Laurence "Larry" Tisch. What the brothers started as a small New Jersey hotel in 1946 eventually turned into a diversified company that now has three publicly traded and two wholly owned subsidiaries. It was in 1959 that the Tisch siblings gained a controlling stake in Loews Theatres, whereas they continued to acquire new companies in the following years. When it comes to Joan's part, she owns a 6.6% stake and inherited 50% ownership of the New York Giants football team, which was purchased by her late husband Bob in 1991. Naturally, her son Jonathan along with Wilma's son Andrew are the ones to head Loews Hotels where they also serve as co-chairmen.