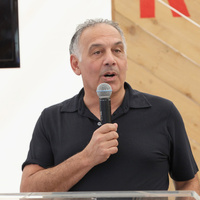 Jim Pallotta net worth: Jim Pallotta is an American businessman who has a net worth of $1 billion. He is best known for being the co-owner of the NBA's Boston Celtics.

Jim Pallotta was born in Stoneham, Massachusetts in March 1958. He graduated from the University of Massachusetts and earned his MBA from Northeastern University. Pallotta founded the private investment company Raptor Group in 2009. Before that he was vice chairman of Tudor Investment Corporation. Pallotta co-owned the Italian football team A.S. Roma from 2012 to 2020. He has also been co-owner of the esports franchise Fnatic. Jim Pallotta is the chairman and managing director of Raptor Group and is a shareholder of Boston Basketball Partners. In 2020 Pallotta agreed to sell A.S. Roma for $591 million to Dan Friedkin. Jim Pallotta acquired the Serie A team in 2011 with Thomas R. DiBenedetto and Michael Ruane. Pallotta became the club's 23rd chairman in 2012 and was the team's main shareholder.