Jerry Speyer Net Worth: Jerry Speyer is an American real estate tycoon who has a net worth of $4 billion. Having derived most of his wealth from real estate, Speyer is the co-founder, chairman and co-CEO of Tishman Speyer, a global real estate developer, manager and owner of prime properties. Born Jerry I.

Speyer on June 23, 1940 in Milwaukee, Wisconsin, he acquired his BA degree from Columbia College and in 1964, he managed to complete his MBA degree from Columbia Business School. Upon graduation, he joined Madison Square Garden as Assistant to the Vice President. Several years later, Jerry Speyer began to serve as the chief executive officer and president of the 1898-founded corporation, Tishman Realty & Construction. To adapt the business to the changing real estate market, Jerry I. Speyer teamed up with Robert V. Tishman in the formation of the privately held limited partnership, Tishman Speyer Properties, in 1978. Over the years, Tishman Speyer has evolved and realized over 356 projects. In figures, these projects amount to more than 123 million square feet and shape the core of their global real estate portfolio of US$64.8 billion in total value. In addition to his current position at Tishman Speyer, he is a member of the executive committee, a deputy chair of Federal Reserve Bank of New York, a vice chairman to Presbyterian Hospital, as well as a chair at the Museum of Modern Art. Also associated with Siemens AG, Real Estate Roundtable, YankeeNets, Urban Land Institute and New York Presbyterian Foundation, Inc., Jerry Speyer is a self-made billionaire who has made his own way in real estate. With current residence in NYC, he has been married twice and has four children; three with his first wife, Lynn Tishman, and one with his second and current spouse, Katherine Farley. 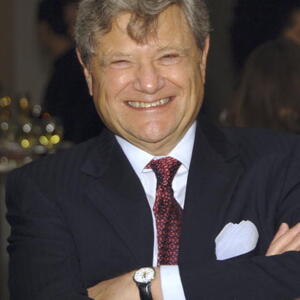