Jerry Perenchio net worth: Jerry Perenchio was an American entertainment executive who had a net worth of $2.7 billion dollars at the time of his death in 2017. Jerry Perenchio was most widely recognized for being the CEO of Univision, the largest Spanish network in the US. He was also the former agent for Marlon Brando and Elizabeth Taylor, among other stars. He produced many monumental sports events including the "Battle of the Sexes" tennis match between Billie Jean King and Bobbie Briggs, and the 1971 "Fight of the Century" between Muhammad Ali and Joe Frazier.

He was born Andrew Jerrold Perenchio on December 20, 1930 in California. Jerry moved to Los Angeles to pursue a career as Hollywood talent agent. Working for MCA he landed the opportunity to represent movie stars like Marlon Brando and Elizabeth Taylor. He not only represented A-listers, but also co-promoted the 1971 World Heavyweight bout aka "Fight of the Century" between Muhammad Ali and Joe Frazier at Madison Square Garden. Furthermore, he produced the "Battle of the Sexes" tennis match between Billie Jean King and Bobbie Briggs, and was a producer of popular shows like "The Jeffersons" and "Diff'rent Strokes."

Parenchio united with "All in the Family" producer Norman Lear to form Embassy Communications. In 1986 they sold Embassy to Coca-Cola for $485 million. That's the same as $1.2 billion in today's dollars.

Jerry took his share of the windfall and reinvested in television. Along with two Latin American media partners, Perenchio bought Spanish channel Univision for $550 million in 1992. At the time of his death in 2017 Jerry's 16% stake in Univision was worth $1.3 billion.

He was a longtime Republican donor and was a big-time backer of Mitt Romney in the 2012 presidential election. A major philanthropist, he supported numerous causes. He donated $4.8 million to the UCLA Foundation in 2010 and $1 million to the Los Angeles Opera in 2011. Jerry Perenchio died on May 23, 2017 at the age of 86.

Real Estate: In 1986 Jerry bought a palatial estate in LA's Bel-Air neighborhood. The estate, which is called "Chartwell", was famous for being used in the opening credits of the television series "The Beverly Hillbillies". In 1986 Ron and Nancy Reagan moved into a house next door. Upon her death in 2016, Jerry acquired the Reagan estate for $15 million. He proceeded to raze the house and expand his gardens. Today Chartwell is 10 incredible acres in the heart of Bel Air. Several months after his death, the estate was listed for $350 million. It ultimately sold in December 2019 for $150 million to Newscorp/Fox heir Lachlan Murdoch. 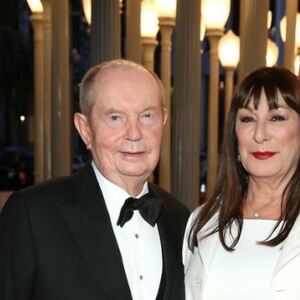