Jensen Huang net worth: Jensen Huang is a Taiwanese American businessman and entrepreneur who has a net worth of $6.6 billion. Jensen Huang was born in Tainan, Taiwan in February 1963. He is best known for co-founding the graphics processor company Nvidia in 1993 and serving as the company's president and CEO. Huang graduated from Oregon State University and earned his master's degree from Stanford University.

He worked at LSI Logic as a director and at Advanced Micro Devices, Inc. as a microprocessor designer. He co-founded Nvidia on his 30th birthday and has served as CEO and President since day one. He donated $30 million to Stanford University to build the Jen-Hsun Huang School of Engineering Center and received the Pioneer Business Leader Award from the Silicon Valley Education Foundation in 2007. Jensen Huang has received several other awards including Entrepreneur of the Year in High Technology by Ernst & Young in 1999 and being part of the EDGE 50 in 2018. 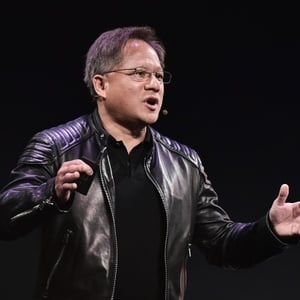