How much is Jeffrey Epstein Worth?

Jeffrey Epstein Net Worth: Jeffrey Epstein was an American financier, sexual predator and convicted criminal. Jeffrey Epstein's net worth was $500 million at the time of his death in August 2019. As we detail in the next paragraph, Epstein's personal fortune was very difficult to peg. It could have been as much as $1 billion, and he was often described as a "disgraced billionaire". A Justice Department auditor confirmed that his net worth was at least $500 million.

Epstein's personal fortune was at least $500 million. His net worth could have been as high as $1 billion depending on the value his real estate portfolio and bank accounts. On August 8, 2019, two days before he committed suicide, Jeffrey signed a will that laid out a net worth that totaled AT LEAST $577 million. The will listed his "next of kin" brother Mark Epstein as his heir. His listed assets included $56 million in cash, $113 million in equities, $14 million in bonds, $195 million invested with hedge funds and six properties worth a combined $178 million. When he totaled everything up, Jeffrey Epstein estimated his net worth to be $577,672,654. That number could actually be higher because it does not include assets put into trust which are not made public. The will set aside $500,000 to pay his two lawyers $250,000 a piece for handling the estate. 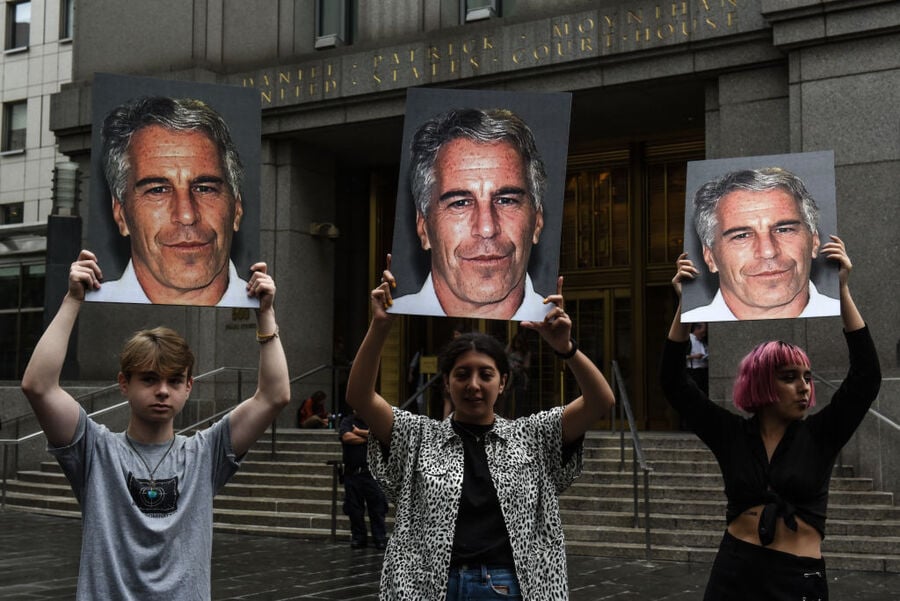 Jeffrey Epstein was born on January 20, 1953 in Brooklyn, New York. He attended Lafayette High School and took classes at Cooper Union from 1969 to 1971 and then at the Courant Institute of Mathematical Sciences, leaving without a degree. From 1973 to 1975 he taught calculus and physics at the Dalton School, before becoming an options trader at Bear Stearns. In 1980, Epstein became a partner at Bear Stearns.

In 1982, Epstein founded his own financial management firm, J. Epstein & Co.. The goal of the firm was to manage the assets of clients who have more than a billion dollars in net worth. In 1987, Leslie Wexner, founder and chairman of Ohio-based The Limited chain of clothing stores became a well-known client, and the only client who was not anonymous. Jeffrey was also rumored to have managed money for David Rockefeller. In 1996, Epstein changed the name of his firm to The Financial Trust Company. For tax purposes he based the company on the island of St. Thomas in the U.S. Virgin Islands. Unlike most hedge funds that simply invested client money, The Financial Trust Company aimed to plan every financial aspect of its clients' lives, from philanthropy to tax planning.

Epstein's demands when managing a client's money were far steeper than other hedge funds. He would require that clients give him full control over the money invested, with a minimum of $1 billion. Investors have no options on how the money is invested. He would charge a flat fee for managing the money instead of taking a percentage of the gains. He reportedly earned $100 million per year at the peak of his power. He also had power of attorney to do whatever he thought was necessary to help the client's finances. Amazingly, Epstein would decline clients with less than $1 billion. Even if someone came to him with $500 million ready to invest, he reportedly turn them away. His firm reportedly managed more than $15 billion at one time.

Epstein has been extremely successful managing money and at the time of his death had a MINIMUM net worth of $500 million. His net worth very likely topped $1 billion, depending partially on the value of his real estate assets.

Jeffrey owned lavish properties around the world including a $12 million villa in Palm Beach, Florida, a 78-acre private island in the Caribbean called Little St. James Island, an apartment in Paris, France, a 10,000-acre ranch in Stanley, New Mexico, south of Santa Fe. The New Mexico house has a 26,700-square-foot hilltop mansion. The Caribbean home at one point employed a full-time staff of 70.

His New York mansion has been described as the largest private residence in Manhattan. It is a 50,000 square-foot, nine-story mansion that has 10 bedrooms and 15 bathrooms. The mansion is located in Lenox Hill, and was previously a private hospital and then a private school called the Birch Wathen School. Epstein bought the house in 1989 for $13.2 million, with former CEO of The Limited Leslie Wexner. In 2011, Wexner transferred the deed 100% to Epstein in.

In July 2020, several months after his death, the property was listed for sale for $88 million. In March 2021 the home sold for $51 million. The buyer was financier Michael D. Daffey and his wife Blake. Here's a photo of the building's exterior: 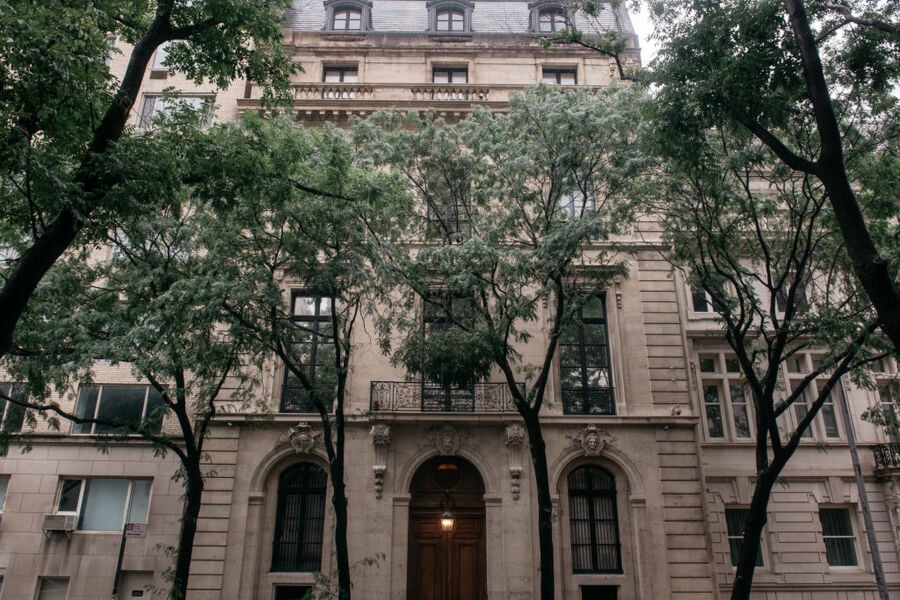 Jeffrey Epstein previously owned a Boeing 727 private jet that the media nicknamed "the Lolita Express" due to his alleged interactions with underage girls. At the beginning of 2019 he owned TWO Gulfstream private jets. He sold one of them in July 2019. In 2019 Federal authorities looking to seize his assets would note that Epstein owns at least 15 vehicles including seven Chevy Suburbans.

Jeffrey Epstein had been known to be friendly with Presidents Bill Clinton and Donald Trump. Flight logs would later show that Bill Clinton reportedly flew on Epstein's private jet at least 26 times.

In March 2004, a woman came forward to the the Palm Beach Police Department accusing the financier of paying her $300 to strip for him when she was 14 years old. After an 11 month investigation into Epstein, police accused Epstein of paying several escorts to perform sexual acts on him. Several of the alleged victims were allegedly under the age of 18 when the acts occurred. According to the International Business Times he also allegedly loaned girls powerful friends. It has been alleged that Prince Andrew, Duke of York was one of the powerful friends.

In 2008, he served 13 months in jail of an 18-month sentence as a convicted sex offender in the state of Florida for soliciting an underage girl for prostitution. He was also ordered to register as a sex offender.

On July 6, 2019 Epstein was arrested after his private jet landed in New Jersey on its way back from Paris. Court documents alleged that Epstein brought 40 underage girls to his mansions for sexual encounters. Further court documents released as part of his bail proceedings alleged that a financial analysis proved that Epstein had a net worth of at least $500 million. 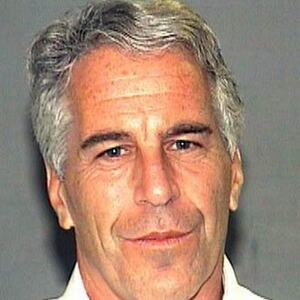