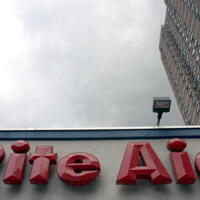 Jean Coutu Net Worth: Jean Coutu is a Canadian pharmacist and entrepreneur who has a net worth of $2.5 billion. Born on May 29, 1927, in Montreal, Canada, Coutu got to the billionaires' list with his pharmaceutical chain of drugstores, the Jean Coutu Group. In 1969, he started the first drugstore, and gradually developed it into a massive pharmaceutical group, which currently holds a network of over 400 franchised drugstores in Canada. Moreover, in 2007, Coutu sold his Eckerd and Brooks brands to Rite Aid, a U.S. drugstore chain, for $3.4 billion, which brought him 20% stake of Rite Aid that made Coutu its major shareholder. In 2012, the group's revenues raised up for almost 5% from the previous year, which brought a profit of $ 2.8 billion. Today, Coutu serves as the Chairman, while his son Francois is the President and CEO of the group. In addition, this 86-year-old pharmacist supported the Quebec Association of pharmacists-owners, and the Foundation Marcelle et Jean Coutu, a charitable foundation committed to fighting poverty. This charity is dedicated it causes related to the fight against poverty and the promotion of the well-being in populations where they have a very low economic status. Among his greatest innovations and one life inventions was to build a complete functional online service that gave the opportunity to the thousands of his customers to arrange drug quantity and prescription renewal from the comfort of their own phones, a system established in Quebec.