Jay Gould net worth: Jay Gould was an American railroad speculator as well as a developer who had an inflation adjusted net worth of $71 billion dollars. Born in Roxbury, New York on May 27, 1836, Gould was a known villain which led him to be the ninth richest American citizen in history.

He took an interest in mathematics surveying and began work as a bookkeeper for a blacksmith and eventually owned half of the blacksmith's shop. He designed maps for the area of Ulster County, New York and wrote and published History of Delaware County, and Border Wars of New York in 1856. Later that year, Gould started a tanning company in Pennsylvania called Gouldsboro, and successfully ran the business with partner Charles Mortimer Leupp until the Panic of 1857. Gould was married to Helen Day Miller with whom he had six children by the names of George Jay, Edwin, Helen, Howard, Anna, and Frank Jay. Gould was eventually led to the railroad industry by his father-in-law, Daniel S. Miller. Gould later became involved in the New York City political ring called Tammany Hall and became a comic character in Thomas Nast's political cartoons. The climax of Gould's career began in 1879 as he started developing a railroad system that brought the Union Pacific, Missouri Pacific Railroad, and the transcontinental railroad to fruition. He was a known Presbyterian and died on December 2, 1892 in New York of tuberculosis. 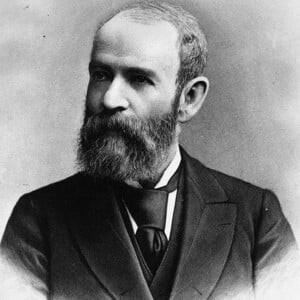