Jamshyd Godrej Net Worth: Jamshyd Godrej is an Indian entrepreneur who has a net worth of $3.7 billion. Belonging to the third generation of the clan Godrej, Jamshyd made his fortune as Managing Director and Chairman of the Godrej Group, a consumer goods conglomerate managed and largely owned by his family.

A graduate of Illinois Institute of Technology, Jamshyd was appointed director in 1974, and since 1991, he has served as its Managing Director. Later, in 2000, Godrej became a Chairman of the company that was founded by his ancestors back in 1897, a founding year that makes the group India's oldest conglomerate. Over the years, the company has also turned into one of India's biggest conglomerates that holds a great variety of industries. In 2013, Jamshyd announced a partnership between Godrej Appliances and Bosch and Siemens in order to develop a new product line of energy-efficient refrigerators for Asian and African markets. Today, together with his sister Smita Crishna, he holds a 40% share of the family assets. Moreover, Jamshyd is a member of the board of the World Resources Institute and Aspen Institute, and serves as Vice-president of the World Wide Fund for Nature. 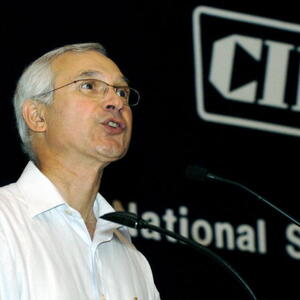