James Ratcliffe Net Worth: James Ratcliffe is a British chemical engineer turned financier and industrialist who has a net worth of $19 billion. Former engineer, James Ratcliffe has been chairing Ineos Group, chemical powerhouse with an estimated turnover of $44 billion, since 1998. Now he only serves as CEO of the company that has grown through acquisitions and partnerships. One of the richest people in today's UK, Ratcliffe prefers to keep a low profile. Born on 18 October 1952 in Manchester, he took a degree in chemical engineering from the University of Birmingham. Shortly after he landed his first job with oil giant Esso Ratcliffe decided to broaden his skills into finance and enrolled at London Business School to study management accounting and taking an MBA. After a while, he was one of the founders of INSPEC, which leased the former BP Chemicals site in Antwerp, Belgium. But it was in 1998 that Ratcliffe formed Ineos in Hampshire to buy-out INSPEC and the freehold of the Antwerp site. Since, Ineos purchased Belgium-based Tessenderlo's European chlor-vinyls business for $110 million and made a joint venture with Germany's BASF, among other acquisitions. As the company's biggest gain is considered the $8.7 billion deal to buy BP Group's Innovene business in 2005. As a result, it is now one of the world's biggest producers of styrene monomer and polystyrene. Ratcliffe still owns two-thirds of the company that is the main source of his net worth. 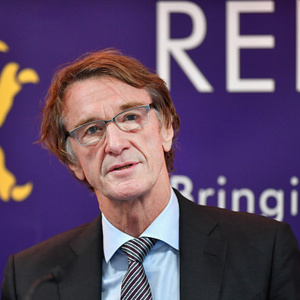