What is James Dolan's net worth and salary?

James Dolan, also known by his blues-man alter-ego "J.D.", is an American business executive who has a net worth of $2 billion. He is best-known for being the CEO of The Madison Square Garden Company, which in turns makes him the owner of the New York Knicks NBA franchise, New York Rangers NHL franchise and the Madison Square Garden arena. He inherited his wealth and business status from his father Charles Dolan, the billionaire founder of Cablevision. James Dolan is one of the least popular sports team owners in professional sports thanks to the Knicks' lack of championships and his periodic personal skirmishes with fans and former players.

James Dolan was born in Massapequa, New York on May 11, 1955. He was one of six children born to billionaire Charles Dolan and wife Helen Ann. Unlike James who inherited his entire fortune and place in life, Charles Dolan actually built an empire from scratch through hard work and steady management over decades. Charles and Helen got their start in media packaging sports clips and syndicating them around the country. Charles eventually founded Sterling Cable which operated cable companies around the New York area. In the early 1970s Charles sold his Manhattan Cable division to Time Inc and subsequently re-named his Long Island division Cablevision Systems. Around this same time, Charles founded Home Box Office which he later sold to Time Life. By the early 2000s, Cablevision had penetrated tens of millions of homes around the country. 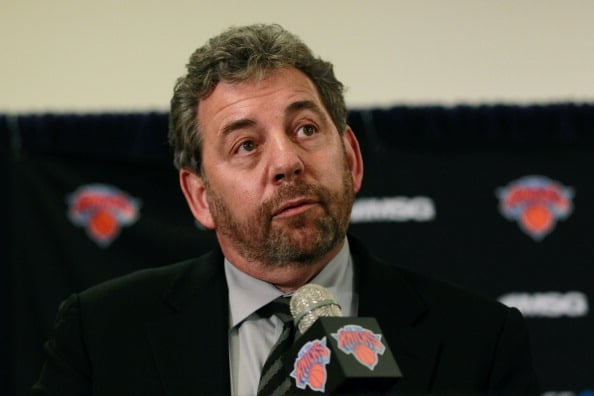 While his father was building an empire, James was unsuccessfully pursuing a career in the music industry. Finally, his father gave James a job at Cablevision. Early in his career, James was sent to Cleveland to launch a sports radio station.

In 2010, Cablevision spun-off MSG's assets including ownership of the Knicks, Rangers, Liberty and the arena itself into a new company called The Madison Square Garden Company.

JD and The Straight Shot

Even with all the success that his family has bestowed upon him, James never lost his dream of becoming a musician. He currently performs in a blues-inspired vanity project band called "JD & The Straight Shot". James has not been shy about using his personal and business connections to promote his band, whose music and videos have been described as "really really bad". Through his connections, Dolan has arranged for his band to open for actual musicians including, stunningly, The Eagles, The Allman Brothers Band, ZZ Top and more. The New York Times described the group as "well-known sidemen backing a karaoke grade singer."

Another reviewer, after watching a live performance, described James in the following way:

"He sings like he's trying not to cough, and it's possible he can't play the guitar. Worse, his songs belie his status as a cosplaying bluesman; most of his lyrics simply summarize current events or books that he's read as if he were presenting a 10th grade English class project." 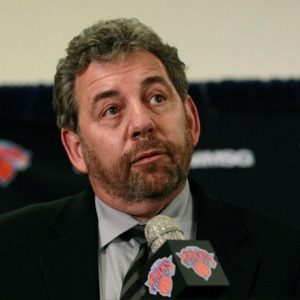