How much is James Goodnight Worth?

James Goodnight Net Worth: James Goodnight is an American businessman and software programmer who has a net worth of $10 billion dollars. James Goodnight was born January 6, 1943 in Salisbury, North Carolina. He is the CEO of business analytics software firm SAS Institute. He founded the company with fellow billionaire John Sall in 1976. SAS is known for its worker-friendly programs, 35-hour workweek and onsite daycare. Goodnight, who owns two-thirds of the company, has been the CEO for more than three decades. His leadership style and the work environment he created at SAS, now a multi-billion dollar company, have been studied by other businesses and by academics. Goodnight and Sall also own Prestonwood Country Club and the Umstead Hotel & Spa in Cary, N.C. They also credited with founding the private school Cary Academy. Goodnight's career with computers began when he took a computer course his sophomore year at North Carolina State University, where he earned a Master's Degree in statistics in 1968. While working on his Master's, his curiosity was piqued over the prospect of a man being sent to the moon. His programming skills helped him land a position at a company building electronic equipment for the ground stations that communicated with the Apollo space capsules. Goodnight has an interest in improving the state of education, particularly elementary and secondary education. In 1996, Goodnight and his wife, along with his business partner, John Sall and his wife Ginger, founded the independent prep school Cary Academy. Both of the Goodnights are involved in the local Cary, NC community. His wife opened, An Cuisines, an Asian fusion restaurant in Cary, NC. 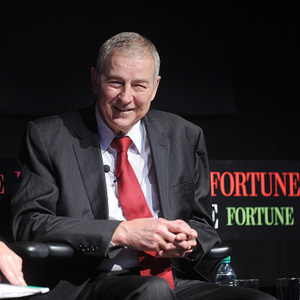