What is James Dyson's Net Worth?

Sir James Dyson is a British inventor, designer, farmer and entrepreneur who has a net worth of $22 billion. He is best known for founding the technology company Dyson and inventing the dual cyclone bagless vacuum cleaner. Additionally, he served as the Provost of the Royal College of Art from 2011 to 2017, and opened the Dyson Institute of Engineering and Technology.

James Dyson was born on May 2, 1947 in Cromer, Norfolk, England. As a kid, he went to the independent boarding school Gresham's School in Holt. Subsequently, he spent a year at the Byam Shaw School of Art, and then studied interior design and furniture at the Royal College of Art. However, while at the latter institution, Dyson decided to switch his focus to industrial design, partly due to the influence of his tutor, structural engineer Anthony Hunt.

Early on in his career as an inventor, Dyson helped design the Rotork Sea Truck, a flat-hulled, high-speed fiberglass watercraft. In 1974, he had his first official original invention with the Ballbarrow, a variation of the wheelbarrow that substitutes a ball for a wheel. Keeping with the idea of ball-based equipment, Dyson subsequently invented the Trolleyball, which is used to launch boats. He also designed the Wheelboat, which could travel up to 40 miles per hour on both water and land.

Dyson came up with his idea for using cyclonic separation in vacuum cleaners in the late 70s. Frustrated with how his Hoover kept getting clogged with dust, he envisioned a vacuum that would not lose its suction as it sucked up dirt. About five years and over 5,000 prototypes later, Dyson launched his G-Force cleaner in 1983. However, British manufacturers and distributors would not pick up the product, as it posed a major threat to the market for replacement dust bags. Consequently, Dyson released the product in Japan, where it won the 1991 International Design Fair Prize. He went on to found his own manufacturing company, Dyson Limited, as well as a factory and research center.

Dyson finally had his breakthrough in the UK market in the mid 90s, when he launched a television advertising campaign highlighting his vacuum's lack of need for replacement bags. Eventually, the Dyson Dual Cyclone became the fastest-selling vacuum cleaner ever in the UK, even outselling many of the companies that originally refused the idea. The cleaner had incredible success in North America, as well. In 2005, Dyson incorporated a wheel ball in a new cleaner called Dyson Ball, which was designed for better steering. Later, in 2014, he introduced his 360 Eye robotic vacuum, which includes 360-degree scanning and mapping for navigation, among other features. 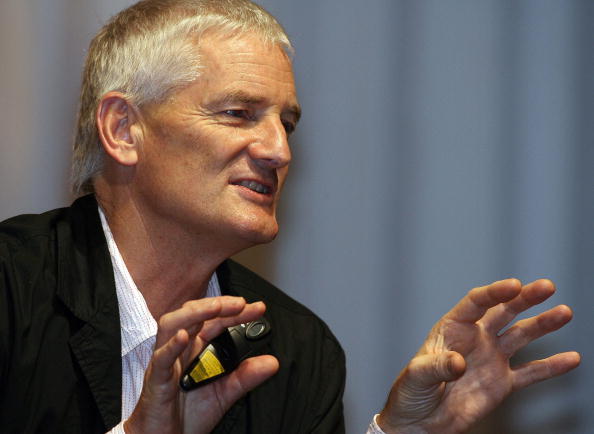 Beyond vacuums, Dyson Limited designs and manufactures air purifiers, bladeless fans, lights, heaters, hand dryers, and more. Among Dyson's other notable inventions were the ContraRotator, a washing machine with two rotating drums that move in opposite directions, and the Dyson Supersonic, a hair dryer with a smaller motor in the handle to provide better balance.

In addition to designing and manufacturing, Dyson spends millions investing in artificial intelligence and robotics research and technology. The company has invested in robotic vacuum cleaners, solid-state batteries, electric vehicles, and medical ventilators, among other things. It also created an expanded campus at its headquarters, and created a second research and development center in Hullavington, Wiltshire. Employing more than 3,500 scientists and engineers, Dyson is involved in over 40 university research programs. In 2017, the Dyson Institute of Engineering and Technology was created at the Dyson technology campus in Malmesbury.

In 2002, Dyson founded the James Dyson Foundation to support education in engineering and design. The organization seeks to inspire young people to pursue studies in these fields, and funds resources for use in schools around the world. In 2014, the Foundation donated £8 million to create a technology hub at the University of Cambridge, and in 2015 it pledged £12 million to Imperial College London for the creation of the Dyson School of Design Engineering. Moreover, the James Dyson Foundation promotes the work of young designers through its James Dyson Award, which operates in 20 countries around the globe.

Prior to the referendum in June of 2016, Dyson was one of the most notable UK businesspeople to voice public support for Brexit. Following the referendum, he commented that the UK should leave the EU to "liberate" the economy. Dyson drew criticisms of hypocrisy in early 2019 when his company was in talks of moving its headquarters to Singapore.

Dyson wed Deirdre Hindmarsh in 1968. Together, they have a daughter and two sons. In 2003, Dyson purchased Dodington Park, a Georgian estate in South Gloucestershire. He and his wife also own Domaine des Rabelles in France. Dyson's other properties include the super yacht Nahlin, one of the largest in the world. He also owns two Gulfstream G650ER private jets as well as an AugustaWestland AW-139 helicopter. In 2019, Dyson purchased a £43 million triplex flat atop Guoco Tower in Singapore; he sold it for £36 million in 2020, and moved back to the UK in 2021. 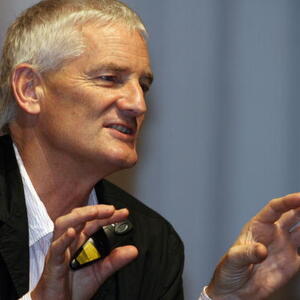