James Dinan Net Worth: James Dinan is an American fund manager who has a net worth of $2.2 billion. Born James "Jamie" Gerard Dinan in 1959, he made his fortune as a hedge fund manager and founder of York Capital Management, a prestigious investment management and financial planning firm. A Wharton graduate who owns an MBA from Harvard Business School, Dinan started his career in 1981 working for the investment bank Donaldson, Lufkin & Jenrette (DLG). Four years later, he joined Kellner, DiLeo & Company, and then, in 1987, the marked crashed and Dinan lost his entire life savings of $600,000 on Black Monday. Only a few years later, he started his York Capital in 1991 with $3.6 million given from his former DLJ colleagues. Currently, the firm holds over $610 million in assets, and Dinan serves as company's Chairman and CEO. Several years ago, he sold 33% of the firm to Credit Suisse for $425 million. Moreover, this eminent fund manager sits on the boards of Lincoln Center and UPenn. As an infant, Dinnan lost much of his auditory perception after being given the streptomycin for a very high fever, so he wears a hearing aid. Together with his wife, Elizabeth R. Miller, they live in Manhattan, but also have residences in Nantucket, Massachusetts, Westchester Country, New York, and as well as, on the Caribbean Islands. 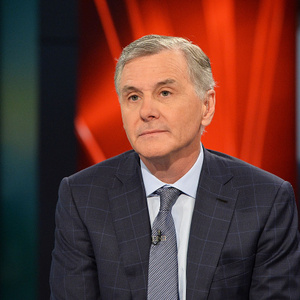