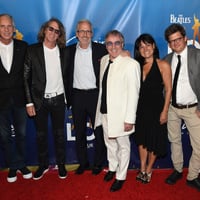 James Coulter Net Worth: James Coulter is an American investment manager who has a net worth of $2.1 billion. He raised among riches as one of the founders of TPG Capital, a private equity giant previously known as Texas Pacific Group. Born in 1959, Coulter graduated from Dartmouth College as summa cum laude, and soon, he gained his MBA from Stanford University. First, he worked for Lehman Brothers Kuhn Loeb, and then, he joined the Robert M. Bass Group. While working for the billionaire Robert Bass, Coulter met David Bonderman, his future partner. In 1992, the duo launched Texas Pacific Group in San Francisco and Fort Worth, which later renamed it into TPG Capital. Currently, the group is one of the world's major private equity firms successfully managing over $50 million worth assets, and Coulter heads the office in San Francisco, whereas his partner Bonderman, TPG President, runs Dallas Headquarters. Moreover, the pair has made one of the largest leveraged buyout on their own investing $66 million in the takeover of Continental Airlines only one year after they launched TPG. This first deal brought them over $640 million profit. In addition, Coulter has interests in other profitable companies, including Oxford Health Plans, Burger King, Ducati Motor Holding, Petco, America West Airlines, Del Monte Foods, Seagate Technology, Gempus International, ON Semiconductor and J. Crew. The latest deal of the company is the sale of Neiman Marcus for $6 billion which it had bought in 2005 for $5.1 billion. Also, Coulter supports New Orleans Entrepreneurship Week in order to increase business development there, the hometown of his wife, Penny Saer.