Jacqueline Mars net worth: Jacqueline Mars is a businesswoman who has a net worth of $42 billion. Jacqueline Mars is the daughter of Forrest Edward Mars, Sr., and granddaughter of Frank C. Mars, founders of the American candy company Mars, Incorporated of which much of her net worth has come from. Her share in the Mars family has made her the 52nd richest person in the world and the 26th richest person in America. She holds an American citizenship and earned a degree in anthropology from Bryn Mawr College.

Her net worth comes largely from the family that gives her her distinctive name, and that founded the candy company Mars, Incorporated. Mars, Inc. is the owner of some of the most popular and well liked candy brands in America, including Skittles, M&Ms, Mars Bar, Starburst, and Snickers, as well as popular snack items such as Combos and Altoids. Jacqueline Mars doesn't hold any official position within Mars, Incorporated, but she has a degree in anthropology from Bryn Mawr College, from which she graduated in the year 1961. Since then, Mars married David H Badger that very same year, and the couple had three children: Alexandra Badger, Stephen Mills Badger, and Christa Badger. Unfortunately the marriage dissolved in 1984. Two years later, Jacqueline Mars married another man in 1986 by the name of Hank Vogel, but they were divorced eight years later in 1994. No matter what her marital status is, Jacqueline Mars has a very respectable family fortune to fall back on, as well as the satisfaction and pride that must come with being associated with one of the most popular candy brands in the entire world.

Jacqueline Mars Net Worth details:  Jacqueline Mars owns one-third of the candy company Mars Inc., with the rest being owned by her brother and four nieces. In 2015 the company had revenue of $35 billion. Mars is responsible for popular candy bars such as Snickers, Twix, and Milky Way. Mars acquired gum giant Wrigley in 2008 for $23 billion. Mars had announced plans to buy out Berkshire Hathaway's $2.1 billion stake in Wrigley as well as to acquire animal hospital chain VCA Inc. for $7.7 billion. 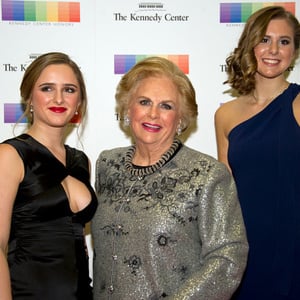