How much is J. Howard Marshall II Worth?

J. Howard Marshall III Net Worth: J. Howard Marshall III was an American billionaire businessman, lawyer, government official, and academic who had a net worth of $2 billion at the time of his death in 1995. Through his many endeavors in federal and commercial sectors, he invested heavily in the petroleum industry. He parlayed his investments into a very valuable early stake in Koch Industries. This stake would ultimately be worth billions.

J. Howard is best-known for being married to model/actress Anna Nicole Smith from 1993 until his death in 1995. Because he cut both Anna and a son named James Howard Marshall III of his will, Marshall's estate was subject to a long process of litigation, ultimately reaching the United States Supreme Court in both Marshall v. Marshall and Stern v. Marshall.

Early Life and Career Beginnings: J. Howard Marshall was born in 1905 in the Germantown area of Philadelphia, Pennsylvania. Raised a Quaker, he attended the Quaker institutions George School, a private high school in Newtown, and Haverford College, a liberal arts college in the eponymous Pennsylvania town. While in school, Marshall served as editor of the school newspapers, captained the debate teams, and played competitive soccer and tennis. For his higher education, he attended Yale Law School, graduating magna cum laude in 1931. At Yale, Marshall served as a case editor for the Yale Law Journal, and studied under famed economist Walton Hale Hamilton.

From 1931 to 1933, Marshall was an assistant dean at Yale Law School, and also taught courses in business and finance. Additionally, he published articles focused on legal realism, working with collaborators including Norman Meyers and future Supreme Court Justice William O. Douglas. Following this job, Marshall became the Assistant Solicitor at the Department of the Interior, then headed by Harold L. Ickes. He was the author of both the Code of Fair Competition for the Petroleum Industry and the Connally Hot Oil Act of 1935, the latter of which sought to regulate the flow of oil between states in order to safeguard the industry against contraband and prevent falling prices.

Business Career: In 1935, Marshall left government service to become the special counsel to the president of Standard Oil of California, Kenneth R. Kingsbury. Subsequently, he became a partner at Pillsbury Madison Sutro, the company's outside counsel. In the early 40s, Marshall returned briefly returned to Washington, DC as Solicitor of the Petroleum Administration for War, assisting in the development of energy policy during World War II. Afterward, he moved to Ashland, Kentucky, where he was Vice Chairman and President of Ashland Oil and Refining Co.

Marshall drafted the executive order that created the National Petroleum Council, an advisory committee representing oil and gas industry views to the US Secretary of Energy. The Council was established at the request of President Harry S. Truman in 1946. Later, in 1952, Marshall became Executive Vice President at Signal Oil & Gas, and in 1961, became President of Union Texas Petroleum. Among his other posts, he was the Executive Vice President of Allied Chemical, now called Honeywell, and was a director of Coastal Corporation.

Great Northern Oil: One of Marshall's most significant business ventures got off the ground in 1952, when he cofounded Great Northern Oil. In 1955, the company built an oil refinery in Rosemount, Minnesota that was able to refine heavy crude oil from Canada. Later, in 1959, Fred Koch acquired a 35% interest in the company for $5 million. When Union Oil attempted to take over the company, Marshall and Koch blocked it, wishing to keep their assets in private hands.

In 1969, Charles Koch bought out Union Oil. Having a similar business philosophy as Marshall, he subsequently swapped a stake in his Koch Industries for the remainder of Marshall's shares in Great Northern Oil. Decades later these shares in Koch Industries would be worth tens of billions of dollars.

In 1974, Howard II gave his two sons, Howard III and E. Pierce were each given what amounted to 4% stakes in Koch Industries.

Upon giving them the shares, their father purportedly told Pierce and Howard III "these are the crown jewels. Take care of them."

In the aftermath, Howard II demanded his son return the 4% stake in Koch that he had given to him as a gift in 1974. Howard III agreed to sell the stake back for $8 million. Today that 4% stake would be worth several billion dollars. Even still, the father was incensed that his son would dare to sell him the shares back and subsequently cut him out of his will.

Relationships: Marshall wed Eleanor Pierce in 1931; they had two children, sons J. Howard Marshall III and E. Pierce. The couple divorced in 1961. Subsequently, Marshall married Bettye Bohannon. In 1982, when Bohannon had Alzheimer's disease, Marshall met Diane Walker at a strip club, and offered to marry her if his wife passed away. Over the course of many years, he gifted Walker around $15 million worth of jewelry and other items. In 1991, Walker died from facelift surgery complications, and Bohannon passed away from Alzheimer's.

At the age of 89 in 1994, Marshall married 26-year-old model and television personality Anna Nicole Smith; the marriage lasted until Marshall's death in 1995.

Posthumous Lawsuits: Following Marshall's passing, Anna Nicole Smith became embroiled in a legal battle with her former stepson, E. Pierce, who had received most of Marshall's $1.6 billion estate. Frozen out of the will and trust, Smith and Marshall's eldest son J. Howard III sought to overturn it. However, in 2001, they both lost their cases at a Texas state court jury trial.

During the probate proceedings, Smith was awarded $474 million as a sanction for alleged misconduct after she declared bankruptcy in California. The next year, the judgment was vacated, and her award was reduced to $88 million. In 2004, the Ninth Circuit affirmed the Texas Probate that no misconduct had taken place, and that Smith was not an heir of Marshall. However, in 2006, the Supreme Court ruled in Marshall v. Marshall that Smith be given another chance to pursue her claims in federal court. In 2010, the Supreme Court agreed to hear the case again; the following year, it decided the case in favor of the Marshall family.

Additional legal disputes occurred over Marshall's financial contributions to his alma mater, Haverford College, to which he had pledged $4 million in 1976. After his passing, Marshall had only donated $2 million. The College consequently sued his estate in a Houston, Texas probate court. In 2003, a jury decided that Haverford hadn't suffered any harm from Marshall's incomplete pledges. 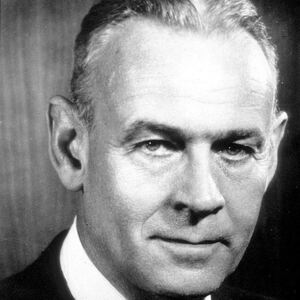