His beginnings in Glencore date back to 1984, when he was working in the coal department in South Africa and Australia. Then Glasenberg was promoted and managed the company's offices in Hong Kong and Beijing, where his responsibilities included overseeing the Asian coal marketing business and managing the administrative functions. In 1991, he became the head of the coal department, taking on the responsibility for Glencore's worldwide coal business, for both marketing and industrial assets. It was in 2002, when he acquired the position of CEO. Three years later, Glasenberg was referred by BusinessWeek as a key figure, "lieutenant," in the secretive oil-trading inner circle of billionaire commodities trader Marc Rich, who was charged with tax evasion and illegal deals with Iran and later pardoned by U.S. president Bill Clinton. As of April 2012, Glasenberg reportedly is the 20th richest mining billionaire, holding more than 15 per cent of Glencore's stock. At the time, Forbes estimated his net worth at US$7.3 billion. Glasenberg holds a BA in Accountancy from the University of the Witwatersand, South Africa, as well as a MA in Business Administration from the University of Southern California, Los Angeles. In addition to the above, he has been a champion race-walker for both South Africa and Israel. And when it comes to his private life, he is married with two children, currently residing in the village of Rüschlikon in Switzerland. 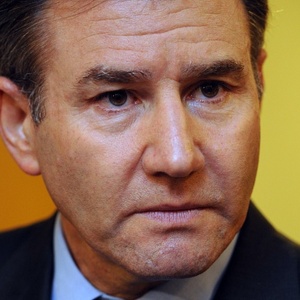