Issad Rebrab Net Worth: Issad Rebrab is an Algerian businessman who has a net worth of $3.2 billion. Mr. Rebrab rose to billionaires' ranks this year thanks to his impressive $3.5 billion (sales) food business, Cevital. An accountant by training, he set up the business back in 1998. But prior to founding Cevital, he invested into one of his client's metal company in 1971 and finally expanded into food some twenty-seven years later.

Even though in a country with socialist policies hostile to entrepreneurs, Issad Rebrab has steadily led his company into success. Actually, his business became so successful that it even helped him become Algeria's first-ever billionaire. Now, Issad Rebrab has his five children work at Cevital. Unusual as it may seem, but the man who was once a son of militants who fought for Algeria's independence from France is now one of the most influential people in his country. 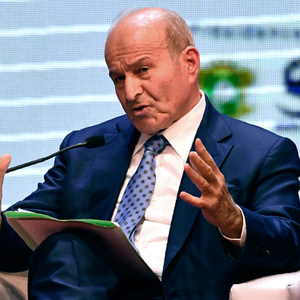