Iskander Makhmudov Net Worth: Iskander Makhmudov is an Uzbek businessman who has a net worth of $10 billion. Mr. Makhmudov generated the majority of his wealth as a founder and the main owner of Uralskaya Gorno-Metallurgicheskaya Kompaniya (UGMK) Holding. It's the fourth largest non-ferrous metallurgical company and the second largest copper producer by output in Russia.

Born Iskander Kahramonovich Makhmudov on December 5, 1963 in Bukhara, Uzbek SSR, he earned a degree in Oriental studies from Tashkent State University, while also becoming a translator by educational background. Upon graduation, Makhmudov put his Arabic-language skills to use working in various Soviet military organizations based in Libya and Iraq. Makhmudov landed his first position in business with the Trans-World Group, the largest metal trader in Russia at the time. He went on to hold several other business positions until he eventually founded UGMK also known as Ural Mining and Metallurgical Company (UMMC) in 1999. Whereas the main source of his wealth comes from his own company, Makhmudov also makes profits from his stake in Transmashholding, the largest maker of locomotives and retail equipment in Russia. Furthermore, Makhmudov established a partnership with state-owned Russian Railways and the French machine-building giant Alstom. As he became more and more eminent profile in the business circles, Makhmudov has also increased his involvement in social, civic and philanthropic causes, having donated more than $1 billion since 2001. 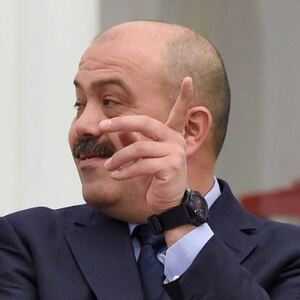